We had the opportunity to see my eight year old’s favorite NBA team, The Oklahoma City Thunder play Real Madrid at the Barclaycard Center in Madrid.  It was an awesome match up and ended up being a very exciting game!

We came armed with a big, homemade poster to cheer for Russell Westbrook.  The kids ended up on the big screen at the arena and even got Westbrook to smile and wave at them. It was a big thrill for all of us!

The game was a sell-out crowd. We had American hot dogs. (Oscar Meyer weiners).  They didn’t serve alcohol but they have non-alcoholic beer on tap. The stadium was nice and clean (except for the fact that there was NO SOAP or even soap dispensers in the restrooms).

Madrid scored a last minute shot to take the game into overtime.  OKC lost the game 142-137 it was a great match up and we had a lot of fun! Here are some highlights… 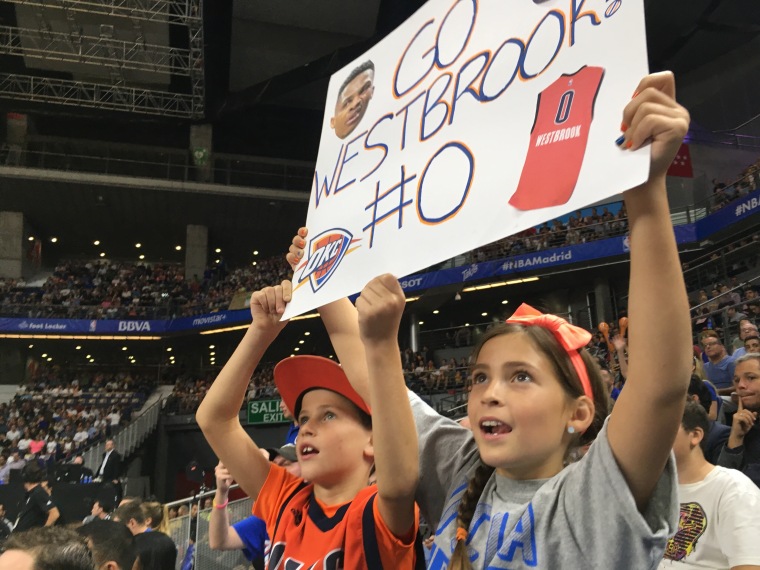 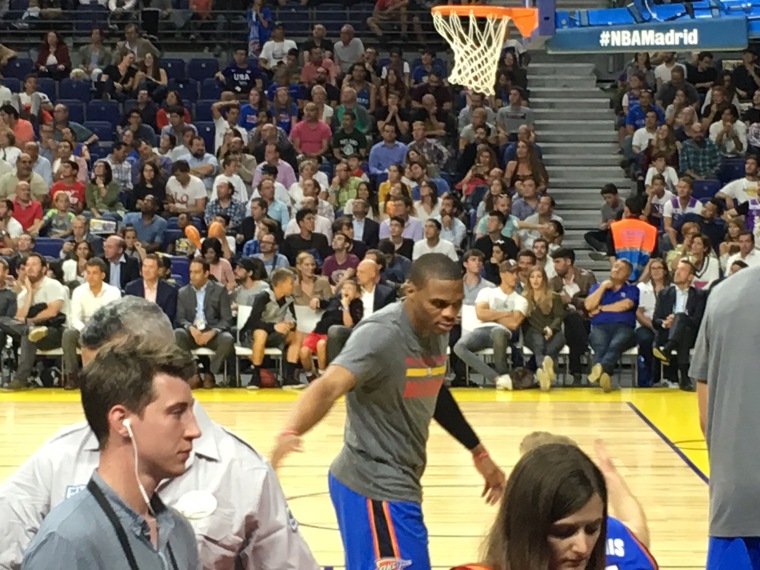 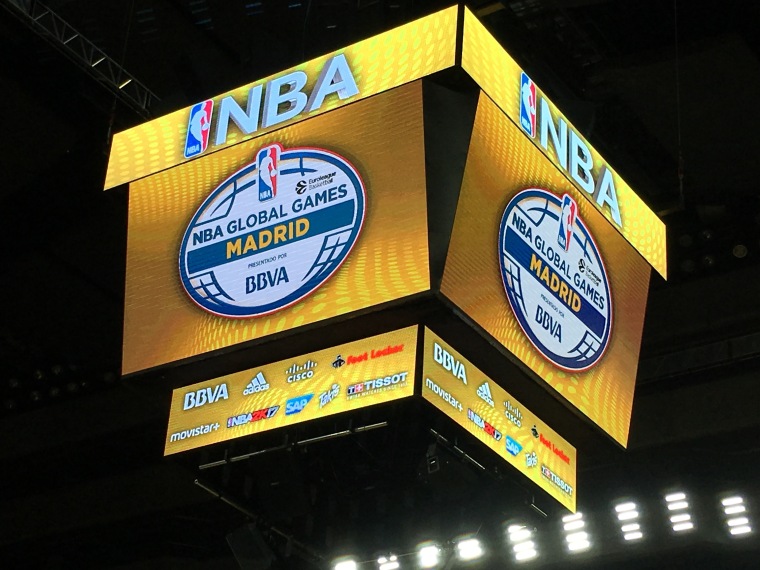 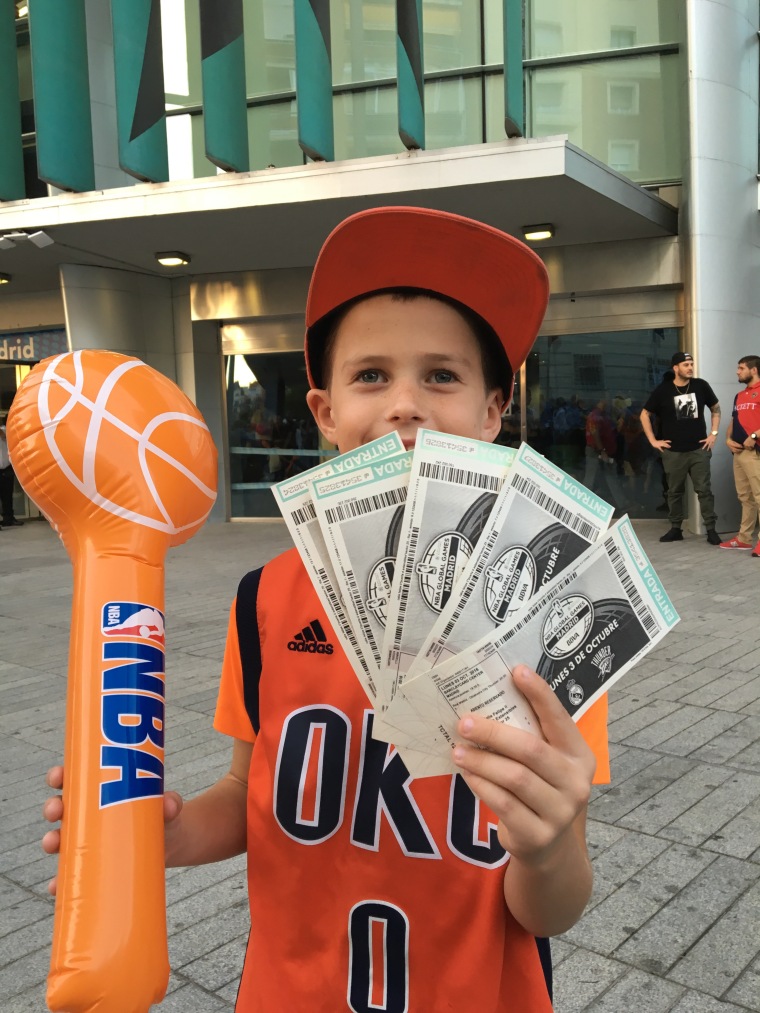 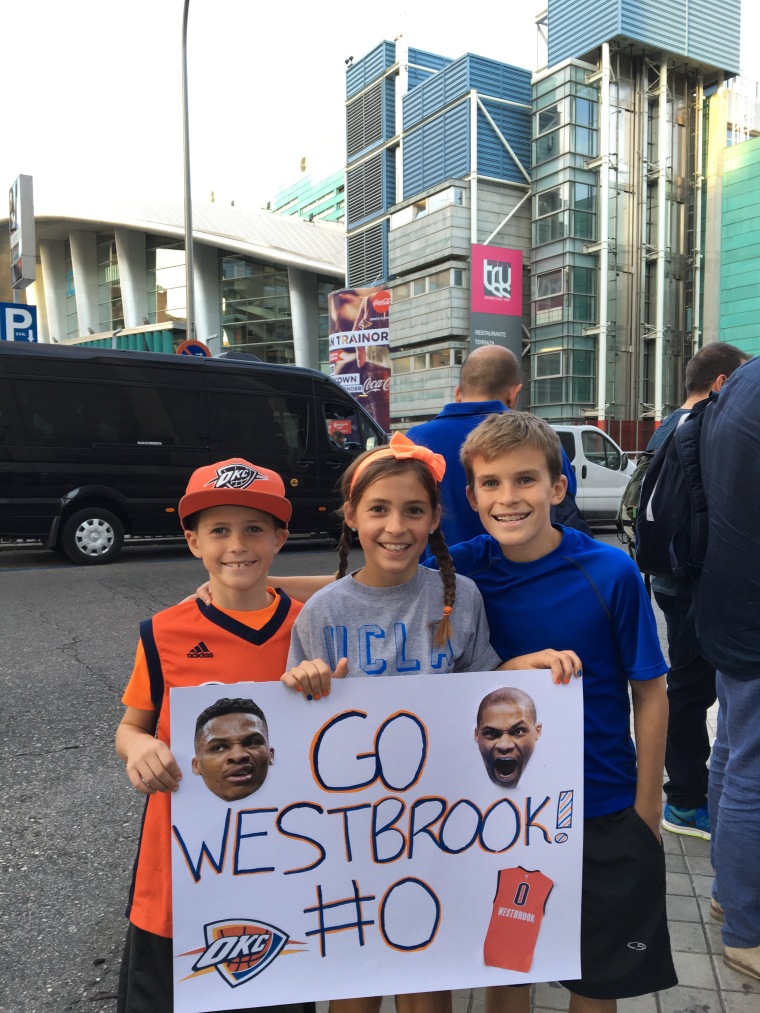 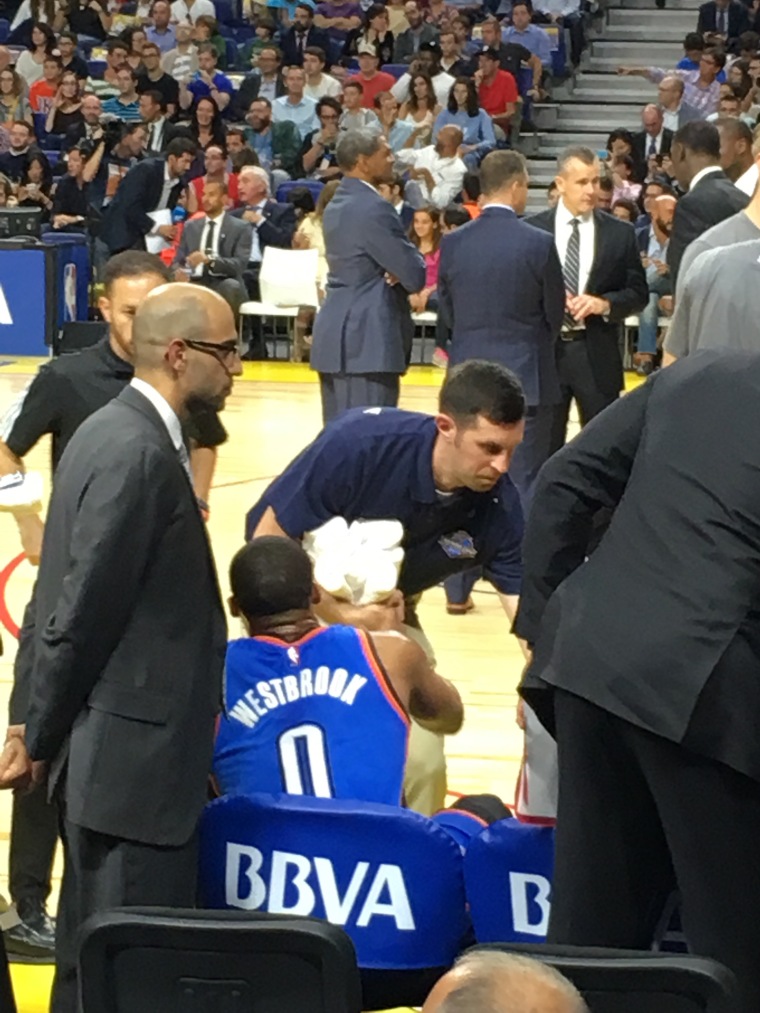 My American family and I have set off on a 365 day trip to Europe where we look forward to discovering new things and bonding with one another. Join us on our journey - the ups and the downs of our travels from Los Angeles to Granada, Spain and wherever the wind takes us. To reach out with inquiries please contact Kelly at kellymckendry8@gmail.com.
Follow Fiestas Y Siestas on WordPress.com

A daily selection of the best content published on WordPress, collected for you by humans who love to read.

You Are Not So Smart
that granada life

a blog of our family's one-year adventure in Granada, Spain

An American Family of 5 and a Year of Living Internationally

vidagranadablog
How I left Grey London to Sunny Barcelona...

Tips and tricks to survive parenthood...

the bueno vida in spain

The Triumphs and Trials of an American Family Living in Granada